You are here : > work > jvc-point-of-sale-software

JVC, one of the world's leading multinational electronics companies, had a issue that needed to be resolved, in particular with their digital camera range. As a company who only distribute products through their dealerships - they had no way of communicating directly with their customer base. In most cases they relied on individual sales staff to coumminicate the benefits of their product to the customer. It was with that in mind that they appointed Seventh Wave Media to produce in-store demonstrations of their digital video camera range. 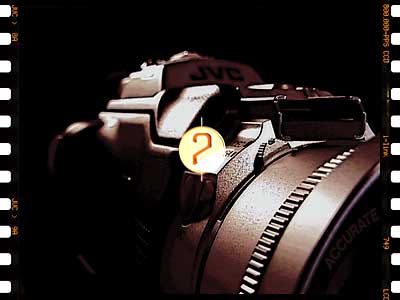 The demos are designed to be easily installed on PCs in the JVC's various retail outlets, including the Dixon's chain of stores throughout the UK. The software is designed to run as in-store advertising in the form of a looped video that plays before a user is attracted by the interaction with the demo. When the mouse is moved, interactive options appear, allowing the customer to explore the features of the products.

For each camera, the demo contains interactive animations of the main features, a list of features and optional accessories and a product video. In addition to this, it includes a virtual showroom area, which combines original photography, voiceover and a custom developed virtual reality application to describe the various cameras' functionality.

Every year, JVC launch a new series of digital cameras and for four years Seventh Wave Media has been involved in producing these interactive demos. They have ranged from multilingual variations and sections that contain hidden training modules for staff.

Some of the processes used in the creation of the software include: Studio photography and image editing, video editing and filming, voiceover, Flash animation, CD authoring and bespoke programming.